Dutch designer Sabine Marcelis scatter her commissioned moveable and rotating chairs for the series Swivel at St. Giles Square in London for London Design Festival 2022. Marcelis selected the natural stones from an array of travertines, quartzites, and marbles sourced from Europe, the Middle East, and Brazil, categorizing them by colors and their patterns and hues features. Contrast takes the spotlight on her design’s ethos as the designer toys with the play of shifting palettes to lull viewers into participating in the project. A ball-bearing mechanism permits the rotating chairs of Swivel to gently move. As a viewer sits, they may rotate to face the others, creating a sense of community and interaction Marcelis intended to evoke.

Retaining the essence of juxtaposition follows through the visual entourage of Marcelis’ works melding with the surrounding brutalist-like structures on site, built with concrete and designed with glass as their primary materials. Swivel by Sabine Marcelis lends the atmosphere the concrete narrative of a playground through seats, a free invitation to passersby to halt their tracks, sit, swivel, and savor the conversations that may follow suit. The designer collaborated with the stone brand SolidNature for the landmark project, supported by Almacantar. 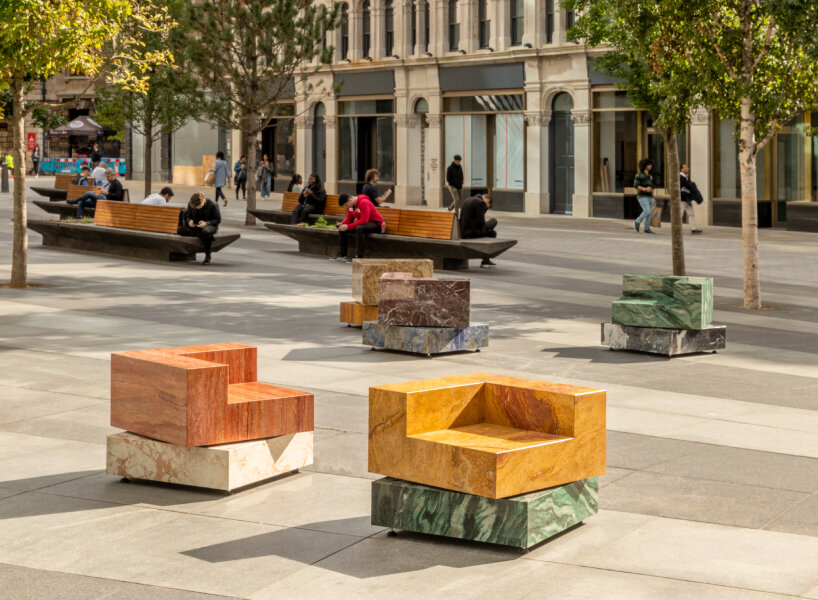 Sabine Marcelis shares that Swivel celebrates her penchant to draw from natural materials as her foundational framework for what she creates. Her desire to respond to the space given for her series piqued her interest to inject colors and fun into the urban environment, a sort of looking back to one’s childhood where a carefree spirit lived on. She deliberately handpicked the natural material in a range of colors that, for her, would entail a strong sense of contrast between the surrounding architecture and the manmade material palette.

Since what she intended to introduce to the pedestrians of St. Giles Square would process interactive gatherings, she positioned and devised the design in a way that would welcome audiences to decide how they would like to experience the space. ‘It could encourage strangers to interact with each other, for friends to sit together, or even allow people to create a moment of pause for themselves,’ she shares. 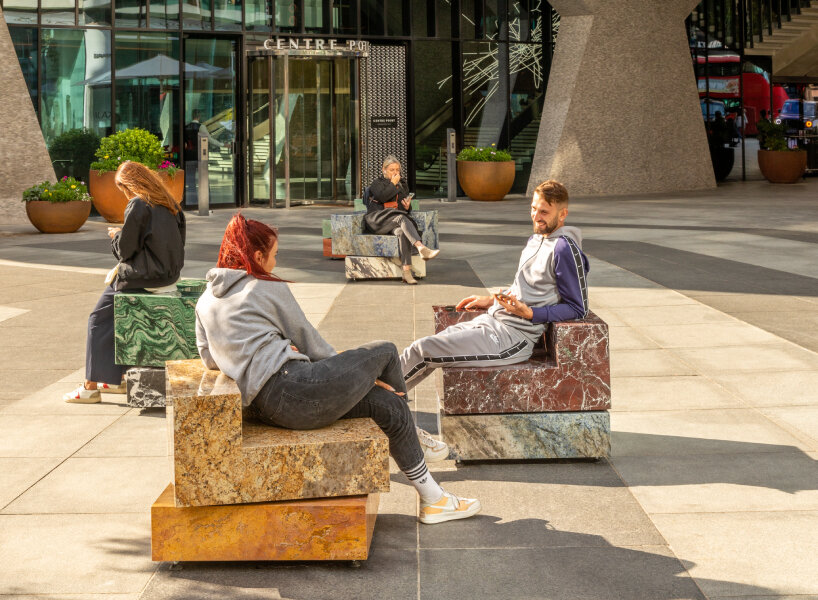 the series Swivel is at st. giles square in london for London Design Festival 2022 | photo by Ed Reeve

Once the viewers enter the square, the vibrant colors of Swivel, along with the stripes and splatters of lines that blend well with the original colors of the materials, greet them. SolidNature indicates the names of the natural stones Marcelis used for the series as Mermaid and Sunset Dune, Chess Fusion, Pistachio, Starry Night, and Arctic Henna, their features and hues complement the tones that characterize London’s warm summers and frosty winters.

The area where the series sits is known for being a place of transition, from the underground train links and performance venues that surround the area to the historical sites and experiential food halls that line the neighborhood. Swivel by Sabine Marcelis is a large-scale public seating scheme that will remain on site until November 2022. 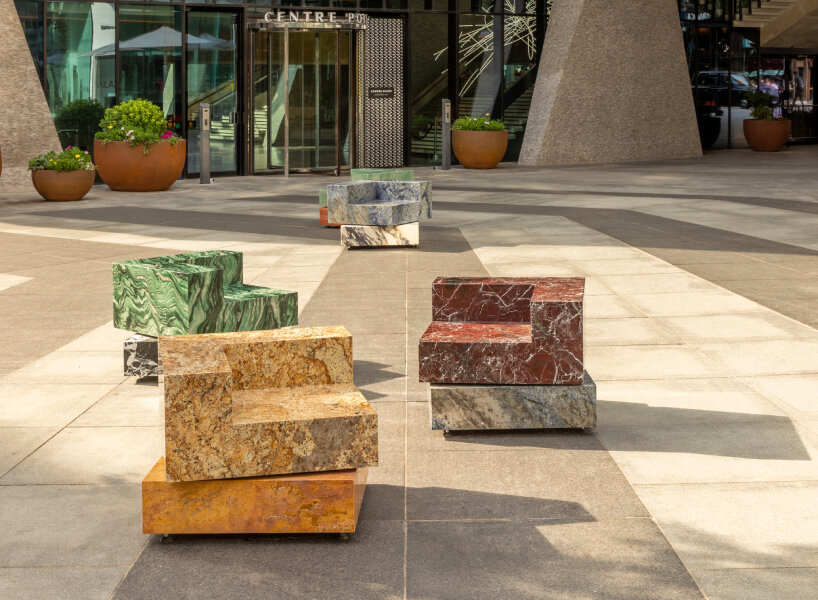 Marcelis selected the natural stones from an array of travertines, quartzites, and marbles | photo by Ed Reeve 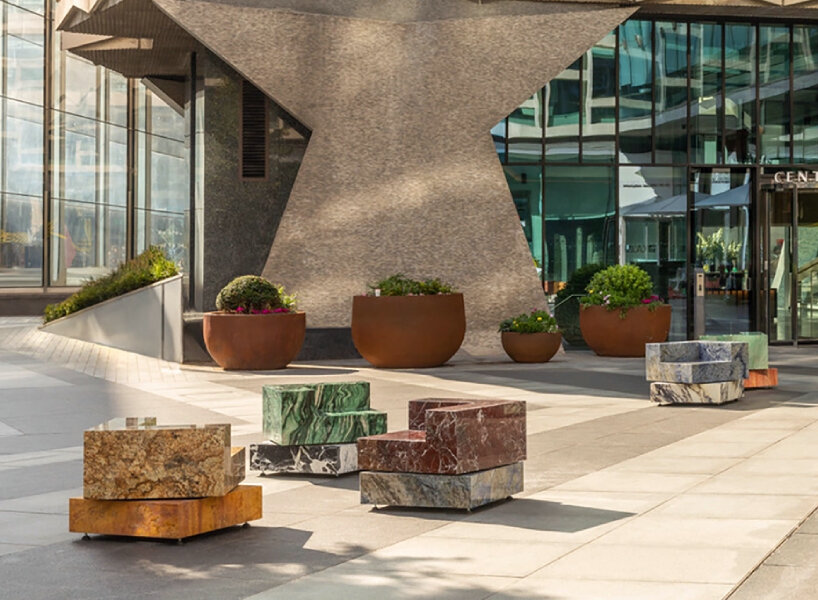 Kathleen Reilly creates folded knife that can be "hooked ont...