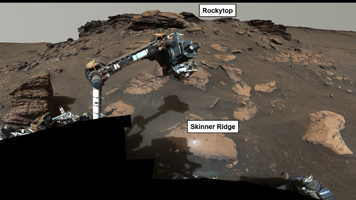 NASA's Perseverance rover puts its robotic arm to work around a rocky outcrop called "Skinner Ridge" in Mars' Jezero Crater. Composed of multiple images, this mosaic shows layered sedimentary rocks in the face of a cliff in the delta, as well as one of the locations where the rover abraded a circular patch to analyze a rock's composition.

The delta is an area where, billions of years ago, a river once flowed into a lake in Jezero Crater and deposited rocks and sediments in a fan shape. Scientists consider the delta one of the best places on Mars to search for potential signs of ancient microbial life. The verification of ancient life on the Red Planet carries an enormous burden of proof.

Figure A is an annotated version of the image that indicates the layered sedimentary rock unit known as "Rockytop" at the top of this mosaic. It also shows the abrasion patch Perseverance created at Skinner Ridge at the bottom center. For scale, the bright abrasion patch is about 2 inches (5 centimeters) in diameter.

The multiple images that compose this mosaic were acquired by Perseverance's Mastcam-Z instrument between June 30 and July 8, 2022 (PDT), the 484th and 492nd Martian days, or sols, of the rover's mission. The color bands of the image have been processed to improve visual contrast and accentuate color differences.

In the days after this mosaic was taken, Perseverance also extracted two classroom chalk-size pieces of rock (cylinders about 0.5 inches, or 13 millimeters, in diameter and 2.4 inches, or 60 millimeters, long) from Skinner Ridge and sealed them in ultra-clean sample tubes.

NASA's Jet Propulsion Laboratory, which is managed for the agency by Caltech in Pasadena, California, built and manages operations of the Perseverance rover. Arizona State University leads the operations of the Mastcam-Z instrument, working in collaboration with Malin Space Science Systems in San Diego, on the design, fabrication, testing, and operation of the cameras, and in collaboration with the Neils Bohr Institute of the University of Copenhagen on the design, fabrication, and testing of the calibration targets.

For more about the Mars Sample Return campaign: mars.nasa.gov/msr 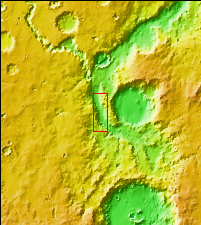 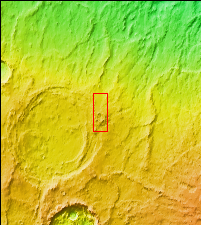 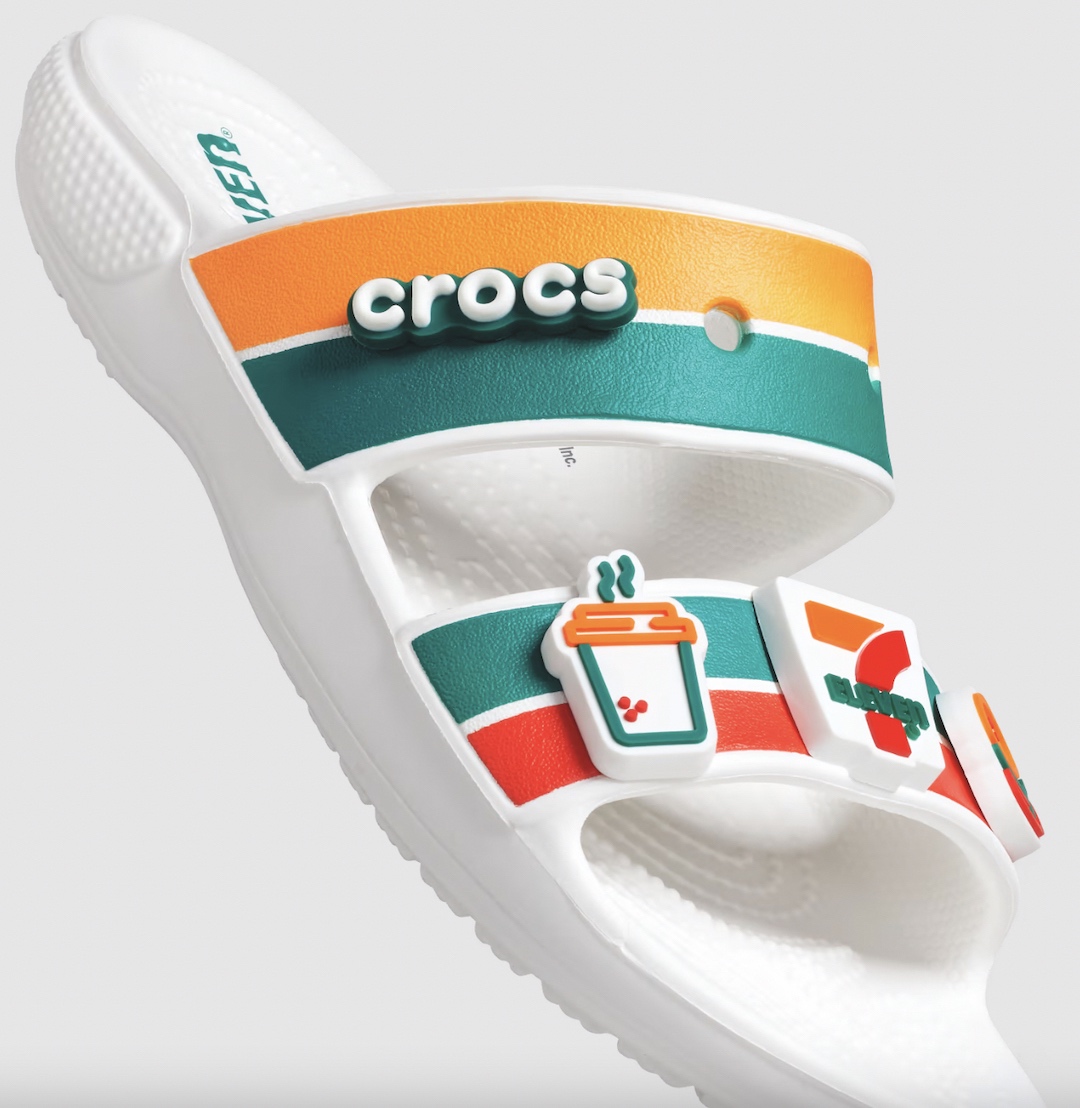