Kanye West & The Gap Will Be No More, As YEEZY Boss Calls It Quits

Earlier this week, Kanye West continued his tirade against fashion partners Gap and Adidas, revealing that once the contracts with the respective parties ran out, he’d consider striking it out on his own.

He acknowledged that while these collaborations had helped to “change apparel forever,” he was looking to approach the audience directly as a designer, forgoing the mega retailer and sportswear giant as intermediaries.

Cementing his position, the media mogul has announced he is terminating the deal with Gap, alluding to “substantial noncompliance” during the partnership, which began two years ago and was estimated to be worth US$1 billion.

Through his lawyer Nicholas Gravante, West said that he was left with “no choice but to terminate” the collaboration, alleging the fashion brand had breached terms of agreement by not opening YEEZY stores as originally planned.

Speaking to CNBC, the designer admitted he had wanted “to be at the Gap and to bring the best product possible,” though was unable to set the prices or decide on the color selections of his products.

Calling the decision “frustrating” and “disheartening,” the rapper touted himself as “the king,” alluding to his plans of flying solo as he needed his “own castle” and couldn’t live in someone else’s estate.

According to CNN, the Gap has confirmed it is officially winding down the partnership, citing that the pair’s vision was not aligned, though it emphasized it had upheld its end of the bargain with “the utmost integrity.”

Going forward, existing merchandise from the collaboration will continue going on sale at its stores and website, and forthcoming collections—including one for the holidays—will still go ahead as scheduled. 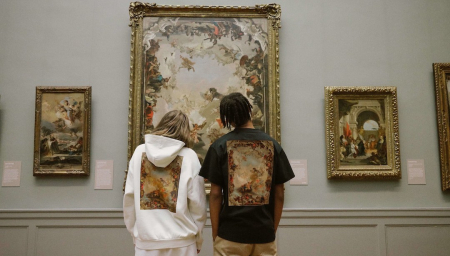 The Met & Pacsun Bring Famous Artwork To Loungewear For A Mu... 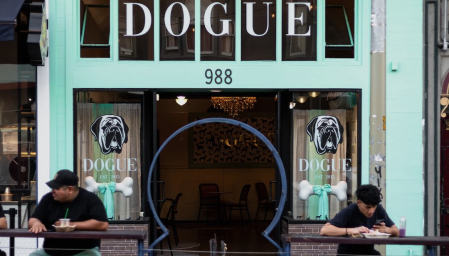 ‘Dogue’ Restaurant Has A Luxe Tasting Menu For Dogs To Set T...