Horacio Pagani’s company Pagani enters its third decade and third creation through Pagani Utopia V12, a hypercar that boasts 864/852 BHP at 6,000 RPM and a max torque of 1,100 Nm from 2800 RPM to 5900 RPM via twin turbochargers, developed on its basis by Mercedes-AMG for Pagani. The laborious work and car design took Pagani three vehicle prototypes for the engine development that last for almost two years to bring out their intention for an engine that revs higher, and six years with thousands of drawings, ten 1:5 scale models, and two 1:1 scale models for its entirety.

Pagani states that the hypercar’s transmission is a philosophical choice, leading the team to install an Xtrac 7-speed transversal gearbox that transfers all the power and the responsiveness of the hypercar. A triple clutch system with increased diameter improves torque transfer coming in with an electronically managed differential and a racing-derived tripod axis drive shaft system. 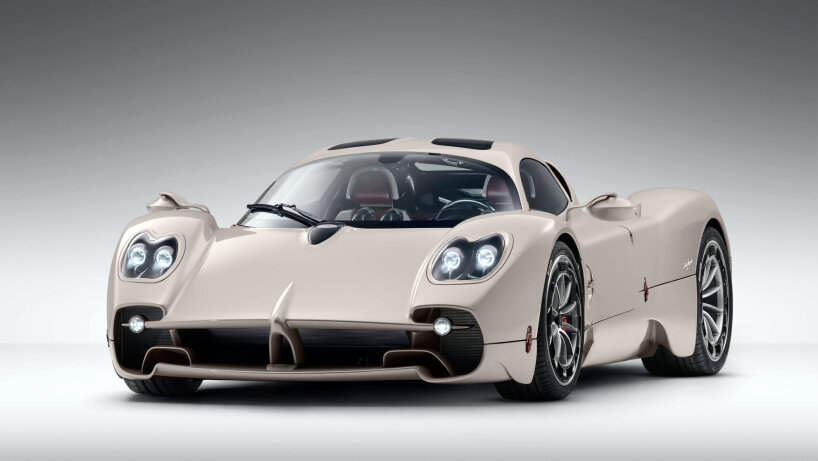 Working on the aerodynamics and chassis

Looking into the aerodynamics of Pagani Utopia V12, preliminary evaluations via CFD analysis analyzed hundreds of configurations before the team ended up with a wind tunnel model with a suspension that consists of almost 700 individual components. Predictive handling became a goal to achieve, and the team reduces the sensitivity to the ground clearance to make way for increased driving safety. The front splitter helps generate downforce through the airfoil, while the rear extractor generates downforce with minimum resistance. The cooling solutions for discs, calipers, and pads anchor energized flow braking system to allow repeatability of braking performance.

Pagani Utopia V12 savors Carbo-Titanium HP62 G2 and Carbo-Triax HP62 for its chassis, complete with an integrated rollover bar embedded within the roof structure, while the front and rear tubular subframes are in Chromium-Molybdenum alloy steel. Forged aluminum alloy with independent double wishbone, helical springs, and coaxial shock absorbers form the suspension, along with optimized elasto-kinematic to ensure driving stability. The hypercar’s semi-active shock absorbers are designed for cribs and to be rigid under brakes on the circuit. 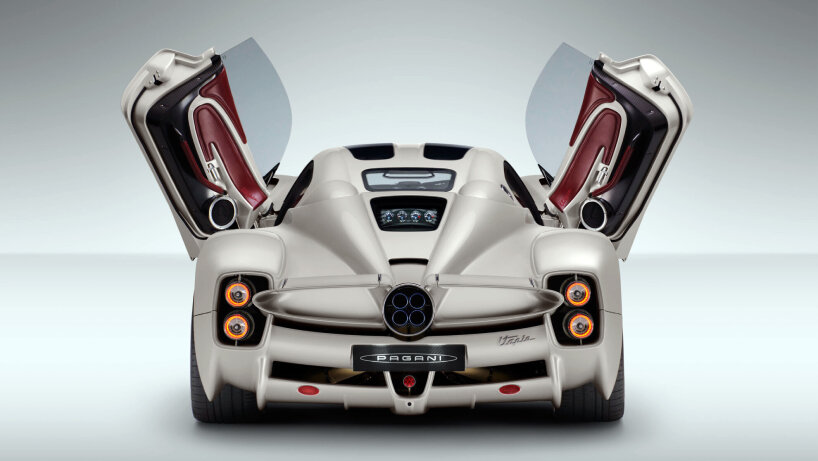 For the wheels, forged aluminum alloy makes another appearance in the APP Tech monolithic rims with dimensions of 21” on the front and 22” on the rear. The exclusive tires developed with Pirelli include Pirelli PZero Corsa for road driving with a balanced grip and Pirelli SottoZero for driving in winter conditions. Touching on the bodywork, a pride of Pagani, the front splitter and bonnet integrate the cooling aerodynamic ducts while the fairing headlights are covered with a body machined from solid aluminum alloy and its look is inspired by design objects from the 1950s. Jet turbines influences come into sight through the suspended tail lights.

Stepping inside the car, inversely proportional elements play with the leather visuals as large pieces and details fall in sync with small pieces of refinement. Analog and easy-to-read dials, as the company puts it, adorn the mechanism, and aluminum makes up the steering wheel’s component. Pagani states that it references the technical and aesthetic solutions of the 1950s and 1960s, a homage to leather goods and horology, and the meeting between the luxury within the automotive industry and the elements of art emphasize the signature of Pagani Utopia V12. 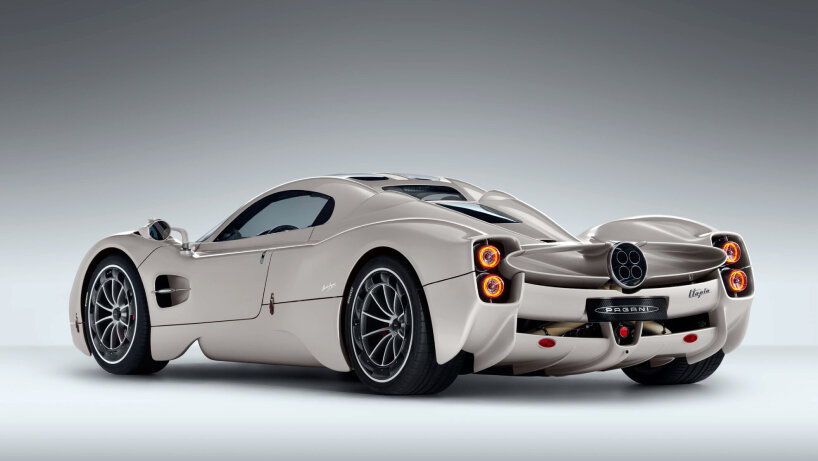